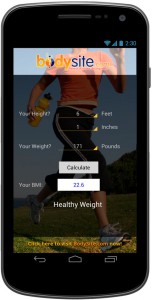 Android has definitely taken over in terms of number of devices, but Android development requires particular expertise.  The issue is the fragmentation of devices, all with different hardware capabilities, screen sizes, and carrier software.

Some devices are coming out with thermometers and barometers, the screen sizes are all over the map, and the worst part is each carrier tweaks the Android OS, causing carrier specific bugs.  There are a lot of issues to navigate and many android app developers have been caught short on experience for solving these problems with their customers caught in the middle.

We are an Expert Android App Development Company

At MobileCast Media, we’re used to navigating difficult issues and we do it by putting in the time to acquire domain expertise and having the discipline to do it right the first time.  Unlike web development where you can “hack it” until it works, app development is much more complex and an inexperienced developer will write code that’s difficult to maintain and upgrade.  At MobileCast Media, we only hire experienced android app developers that produce high quality code.

While Google does not have a rigorous process for acceptance into Google Play (the online store for Android apps), that doesn’t mean you should be lax with the quality of your android app.

It’s one thing to release an app and it’s another thing to make it succeed in the marketplace.  We are used to working with high growth software products, the founder having twice grown software brands to over $100 million; we know what it takes and we can take you there.

It takes a lot more than good developers to make an app successful.  Usually, when people have an app idea, they hire a developer and stop there; however, in order to have a useable product, it takes a whole team.  Just like it takes a contractor and a team of subcontractors to build a house (foundation, framing, electrician, plumber, roofing) the same is true with app development.  Here are the capabilities you need:

Because of our extensive experience in software development, we know these processes in-depth and can organize your Android development project and put you on a path for success.

Native, Hybrid or Both

You might be wondering whether to take advantage of the performance and security of native Android apps, or want to be able to refresh your content via a hybrid approach.  With MobileCast Media, you can start down the native approach and add hybrid functionality later.  Hybrid functions allow you to refresh the content in the apps and if we know in advance which portions need to be updated, we can design for it.  For example, let’s say you want to update the app with new videos every month.

This is no problem.  New articles?  No problem.  Updatable image on the home screen? No problem. All of these updates are possible in real-time, without issuing a new software release. The app is synchronized with the cloud in the back end and the app looks for new updates whenever the user accesses the app.  This also allows the app to be lightweight and small in size upon initial download and it can pick up additional content as it downloads in the background.