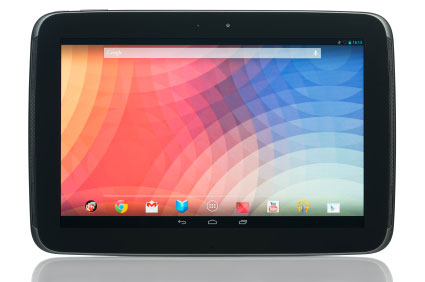 Are you looking to develop an Android Tablet App? It can be pretty tough these days to find a qualified team to help. There has been such high demand for mobile developers that most have been hired by companies like Google and Facebook.

Others are asking for astronomical salaries, but at MobileCast Media, we’re looking to grow a company based on solid wins with customers like you.  Finding developers is hard, but we’ve developed excellent processes for recruiting and retaining the best talent, and that’s our differentiator.

That is cross-referenced with screen size, going from small, normal, large, and then extra-large. With tablets, you don’t have to worry about low-density, small screens, but everything else is potentially in play. At MobileCast Media, we’ve been dealing with Android complexities for a number of years and can navigate through these issues.

Testing on Android tablets is more difficult than iOS, and that’s because there are so many different devices. To ensure interoperability, we need to test the app on the major tablet platforms. It’s not enough to run it in the software simulator, so we test on actual hardware and simulate user conditions. 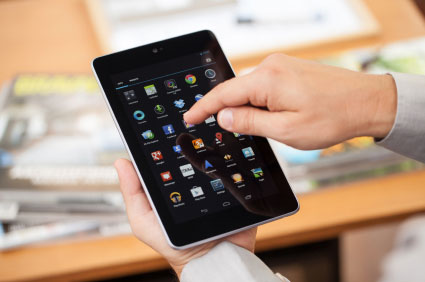 Some people like the open ecosystem that Android provides. It allows hardware and software developers to quickly bring new tools to market. For example, let’s say your app needs biometric identity verification, such as fingerprint reading.

On iOS, it’s much tougher to integrate an external fingerprint reader, whereas on Android, it’s not too difficult – an external device can integrate via USB or Bluetooth.

MobileCast Media has particular experience with Android tablet app development for medical devices.  The Android tablet is advantageous because it costs much less than an iPad, and there are no restrictions on placing custom apps on Android, while there are restrictions with iOS apps that are made available on iTunes.  Further, the resolution is higher on the Nexus 10, allowing higher resolution images to be seen on its 10 inch, 300ppi screen.