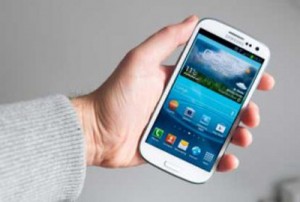 Every day dozens of new hopefuls decide to develop their app ideas.  I’m not surprised that so many fail due to lack of experience.  One of the biggest mistakes they make is that they believe that a developer (or team of developers) is all that is needed to build their apps from start to finish.  While developers are essential, there are other roles necessary to make the project successful.  One of the key roles necessary for app development is that of a Product Manager.  This important role is most commonly missing on the mobile development team, causing apps to fail in the marketplace.

Have you ever downloaded a new app, only to be dumbfounded about how to use it and what it is supposed to do?  The app is quickly deleted and you never return.  With close to a million apps in each major store, App Store or Google Play, most apps never get to the top because they have major issues.  What many people outside the software industry don’t know is the importance of a Product Manager, who is responsible for preventing such problems.

• Market Research – Analysis and interviews with potential customers, focus groups, and surveys.
• Product Strategy – Market segmentation, targeting, and positioning.
• Product Design – This usually this results in the Product Manager writing a Product Requirements Document, the key deliverable of the Product Manager.  In this design phase the Product Manager can supplement skills by calling on the resources of a user experience designer and graphic designer.
• Software Development – The Product Manager insures that the app is engineered to meet customer needs.  The programming is done by an engineer, a.k.a. software developer.
• Quality Assurance (QA) – These are the bug testing folks. Bugs are a normal part of software development, especially in the early phases.  On a small team, the Product Manager is responsible for QA, but that can be a large job, so a QA team can be brought in.  The bugs are fixed by the developers and verified as fixed by QA.
• Support – The Product Manager is responsible for supporting the app (handling customer issues).  This is also a big job and can be headed by a support team.  The Product Manager facilitates and oversees a direct connection between support, QA, and engineering.
• Marketing – Making sure the app is adopted by the marketplace, including social media, advertising, and public relations.  This can also include rolling out to the sales force.
• End of Life – This is pulling the plug gracefully on the app in such a way that you maintain product strategy while not inconveniencing users.

Can a developer do both Product Management and engineering?  Usually not.  Some people say they require different personality types.  I use the example of an opera singer (I am a former opera singer).  Very few opera singers can also accompany themselves on the piano at a performance level.  Singing and playing piano are different skills, and usually a person doesn’t have enough time to become equally good at both.  One of the greatest opera singers of our generation is Luciano Pavarotti, and he couldn’t even read music, let alone play the piano.

Another example is that of a homeowner hiring an individual carpenter, who does exactly what he is told, when in fact the homeowner should have hired a contractor who has much broader experience.  Sometimes the contractor tells the homeowner things they don’t want to hear, and they get let go.  If the homeowner is inexperienced, he can spend a lot of money on something that can’t be brought up to code and needs to be ripped out.  While construction is visual, it’s easier for a layman to learn than programming, which is more complex and difficult to learn.

The biggest mistake I see with apps that fail it is they don’t have an experienced Product Management resource overseeing and guiding the mobile app’s development and lifecycle.  When I see people trying to build an app, they say, “I need a developer, I need a developer.”  Yes, you do, but you also need a product manager, otherwise you may end up with an unusable app.  A lot of times the person with the app idea and/or funding tries to do the product management, but lacks the necessary experience to be successful.  To be successful, make sure you have a seasoned product manager on your team.

John Houghton is a mobile software development veteran and an authority on Product Management.  His software development methodology comes from Oracle, which is known for quickly developing high quality software at a low cost.  While at Oracle, John was responsible for Product Management of one of the fastest growing and most successful applications at Oracle, iProcurement, which grew from less than $500,000 in new license revenue to over $64 million per quarter in a two-year period.