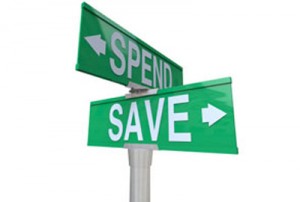 Article updated for 2014:  One of the most common questions in iPhone app development is, “How much does it cost?”  It’s a good question.  Of course, everybody wants fabulous quality with almost no cost, but we have to be realistic.  The bottom line is: you get what you pay for.  Lets take the example of changing the oil in your car.  You have a few options:

If you go with the cheapest option, you might end up having to redo it and a lot of your time will have been wasted.  In the worst case scenario, your engine will seize for lack of oil.  With iPhone and iPad app development, you have the same approaches to consider.

One choice is to use a “no code” tool that creates your app according to preset rules.  I’ve looked into these from time-to-time and found that they were hard to use and weren’t flexible neither in functionality, nor in customizing look-and-feel.  If your app isn’t an important part of your overall strategy, or if you don’t mind not having complete control, this might be fine; however, if you want a more serious app, developing with the tools Apple provides is best, and it’s the way most people do it.

Here are the criteria for hiring development resources (agency or individual):

1. Have they developed iPhone apps before and can they prove it?
2. Do you trust them?
3. Do they have a track record for quality and on-time delivery?
Bonus: Do the programmers have a degree in computer science?

Offshoring is a good option, but unless you already know someone that you trust and meets the above criteria, you are not going to know who is good and who is not.  It’s very important to have clear expectations, detailed design documents, and excellent communications, while keeping in mind that the standards for workmanship are not always as high in other parts of the world.  The savings can be substantial, but this may be offset by the amount of time you spend making up for language barriers and cultural differences.  I find that projects are more likely to be delivered late, and we end up spending a lot of time reporting and tracking bugs.

Hiring offshore is a lot like dating.  There is a lot of searching and you can have a lot of first dates, but it takes time to find “the one” – a trusted resource that will do the job.  If you have a high volume of work over a long period of time, however, finding and retaining an offshore team can be worthwhile.

I once hired a programmer in Moscow who purported to have all the skills I needed, as well as many examples of work and clients.  I started by giving him a chunk of the project.  He unfortunately blew by the deadline, and when I pressed him for his output, he finally admitted that he didn’t have the skills.  In the end, he didn’t charge me, but it was a waste of my time and the failure pushed all the timelines back.  Although going local may seem more expensive, when you consider the cost of your time and the desired quality of the work, local can be more cost effective.

Western developers can cost anywhere from $75 to $250 per hour, depending on their experience and brand name.  Mobile developers have been in short supply for some time now.  Going with an app development company pushes the upper end of that scale, but it’s a one stop shop that will handle the project from end-to end.

Here are some price ranges for iPhone application development projects:

Simple Apps: $4,000 – $10,000 – Tech Crunch did a survey of 124 developers whose development cost collectively averaged $6,453.  They said if they counted all the personal time invested by the owner, this figure would be five to ten times bigger.

Complex Apps: $150,000 plus – If your app calls for a lot of bells and whistles or new technology that hasn’t been done before, it could cost a lot.  In this way, it can cost as much as any other type of application (desktop, enterprise, or supply chain).

Don’t forget upfront research, legal issues (your app needs a name that doesn’t violate another’s trademark), and marketing and advertising costs for the app (to name a few).  Once again, the bottom line is: you get what you pay for.

Another example I like to use is fixing your car’s auto body damage.  You could go to the hardware store, buy some Bondo, sandpaper, and a can of spray paint for about $50.  It’s not going to turn out very well (I tried it as a teen).  The Bondo wasn’t even close to smooth (my first time using Bondo) and the paint didn’t match by a long shot.  I needed to pull it off and start over, but never got to it – it looked better with the dent.  Yes, you can get an app for $50 on the streets of New Delhi and it will provide about as much value as my teen auto body work.

A step up is to take your car to a cut rate shop and have them fix your car.  If it’s a nice car and you are a professional, you won’t want this either.  You can still see the car was worked on, the paint starts to fade in a few years, and it needs to be redone to avoid embarrassment.  In this case, it would have been cheaper to do it right the first time.

What you really needed to do was to take your car to a reputable garage, bite the bullet on the cost, and have it done right.  This is what a lot of people need to do with their apps, but they can’t resist the notion of someone building it for a few thousand dollars.  It’s like the person who can’t resist the notion of a magic diet pill that will help them loose 30 pounds.  It’s not going to provide value to you.  When I see people who want an app for a few thousand dollars, I look at their website and unfortunately, the quality isn’t there either.  The website doesn’t denote someone who is careful, professional and cares about quality work.  They don’t know that their website is poor, but they really need to fix it before they can use it to build their business.  Maybe a $2000 app is right for them, but it’s not going to help them.

On The High End

If you want to make a chart busting app, it needs to be really well thought through and it will be hard to get there without top talent working on it.  For graphics alone, I see people paying over $100k.  That’s just for a creative brief (providing 4 UX/UI options) and final graphics.  Granted, it’s about 600 hours of work but that’s what it takes to make something really dynamic.  I know people that work at Apple and they spend a ton of hours in thought and design for their products.  Does the app look good?  Yes.  Is it worth it?  It depends on what you’re trying to do.  If you’re going for world domination, it has to be the best.  At a minimum, this illustrates the point that an app is like anything else that needs to be done well.

If you do your project in-house, you can expect to pay much more and here’s why.  There is a big shortage of qualified mobile developers.  There are also a horde of unqualified developers who have bolstered their resumes with the hopes of getting on a mobile project.  Even if you hire carefully, the odds are high that your first team will be made up of these people.  Let me illustrate.  Getting into app development is like getting into the diamond cutting business.  How are you going to hire good diamond cutters?  How will you know what a well-cut diamond is?  The answer is you won’t.  Just as it takes a top diamond cutter to spot another craftsman, it takes a highly experienced engineering manager to build a mobile team.

I see this time and time again where a mobile project gets spooled up, six resources are brought on and not much is produced for the first year.  This is because Objective C (Apple) or Java (Android) development doesn’t start to go more quickly until the developer has a half-a-dozen apps under their belt.  If they’re working at a company, there is red tape, analysis paralysis and the company won’t allow for 6 random apps.  If the developer makes hobby apps, this is somewhat useful, but these apps weren’t “battle tested.”  When an app is released promoted enough to get traction, you begin to get real user feedback and must respond quickly to spare the app from marketplace rejection.  Usually the app is poorly designed and has a number of quality issues.  The point here is six people need to come up-to-speeed at a salary of $120K (fully burdened headcount at over $200K) means a cost of $1.2M.  I see the app they produce in the first year and we could have done it for $70K in 3 months.

Despite the cost, a lot of companies still want to develop in-house because the app is core to their business.  Ok, fine, but it might make sense to accelerate your time-to-market by hiring a vendor to supplement your team and learn from them for the first year or two.  This can also be expensive, but at least you’ll be learning quickly and getting to market quickly.  The added expense here is educating your team which is time consuming. For example, 3 months of work can go quickly if we don’t have to stop and carefully evaluate every decision.  We’ve been through the process many times for important apps and we get through it quickly.  However, if we have to stop at every step and explain everything and take time to  “influence” the team members to follow best practices, this is going to take longer.  It behooves you to put collaborative, top performers on the team.  A team member stuck on the wrong idea can easily derail the whole project.  You’ve seen it many times when a poor app is released by a good company.  It’s not uncommon for a company to chew through a year and then have to throw away the work.

If you want to hire a mobile app development team, here are some good articles:

How to Build a Mobile App Development Team – This article discusses the makeup of a mobile app development team.  The typical mistakes are not hiring a skilled product manager (a.k.a. business analyst) and not investing enough in UI/UX (user interface and user experience).