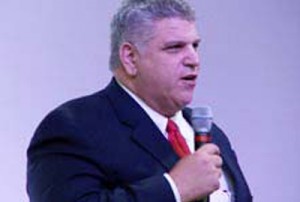 After heart surgery, Joseph Ekman was given a card to place in his wallet to instruct future emergency responders that he had a heart monitor.  Being very nervous about such responders finding this card, he decided to create an app to make sure his responders would know about his condition.  In order for it to work, he would have to create a nationwide network of processes and systems for emergency responders.  The net result is that everyone can benefit.

Joseph is now CEO and Founder of Emergency Standard.  Using the phone’s accelerometer, his company can detect a serious accident and dispatch emergency responders.  Not only that, he’s partnered with the GPS and Analytics company Alohar Mobile to make sure the responders know exactly where the victim is and how to get to them.

Watch Video (above) of Joseph Ekman demonstrating his app to the Silicon Valley iOS Developer’s Meetup Group (recorded on May 21, 2012).

Last week a man was found unconscious 7 days after his accident because officers failed to find him immediately after the accident occurred.  Surely he would have been picked up right away if he had this app.

As the app evolves, I can see a number of ways to develop it further.  Cars are getting smarter, so syncing the app with the airbag systems of the car would make the app better.  I can see it syncing to a heart monitor, so if your heart were to stop, you wouldn’t be left in your sofa for a week.

The free app is available for iPhone and Android with Windows 7, and Blackberry is soon to follow.

(A correction was made to this article which initially stated that Joseph had a heart attack.  He actually had heart surgery.)