Mobile Apps and the Connected Home 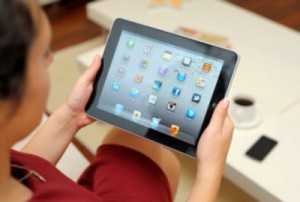 I just read an article on AllThingsD.com about the Connected Home and what we can expect to see at the Consumer Electronics Show in Las Vegas next week.  The Connected Home is a big and mostly unexploited area for software and hardware developers – the idea of making apps that can control objects in the home with an iPhone, iPad, or Android device, such as lights, appliances, or your thermostat.

Not only is this an area of intense interest for myself, but if you’ve kept an eye out, you’ve watched the shelves of your local Apple store fill with these smart controllers.  Here are some of the things I would love to see:

A refrigerator that knows what’s in it.  Have you ever been driving home and wondering if you need to stop at the store for a certain item?  How about a “Smart Fridge” with a built-in scanner that is good at finding a bar code, and keeping track of items that need re-ordering (automated re-ordering would be a bonus).  In a few years, perhaps all items will have an RFID tag to make this even easier.

A home security system that identifies the intruder.  With facial recognition it is possible to focus, zoom and crop a photo automatically.  To thwart would-be intruders, you can display to them a clear, zoomed/cropped image of themselves as they case the house, and transmit it over the internet.  I doubt they would break in if they knew you had a good picture of them.  In a few years, I would love to see this cross-referenced with a criminal data base so they can be greeted by name.

Entertainment that follows you around the house.  I want to be able to hear my music and have it follow me on different speakers as I walk through the different rooms of my house.  I know Bill Gates has it in his house, but his system probably cost millions.  The added twist is my wife is doing the same thing but listening to something different.  Of course, when our paths cross, the configurable rules would turn my audio off and pause it until she is clear of the area.  An added bonus would be to do this with video so I can see my video program on different screens throughout the house.  An added extra bonus would be to do it in Ultra HD (a new TV standard on display at CES).  A super-extra bonus would be to be able to walk through my house while Skyping in Ultra HD (with a would-be burglar).