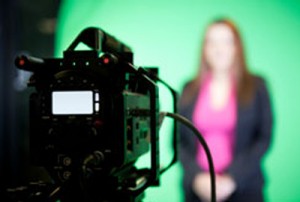 I’ve been in the mobile content business since 2005, and I’ve learned a lot about what works and doesn’t work in a video interview program.  I’d like to share the top 5 pitfalls to be aware of when hosting a video program that is delivered via new media, such as in an app.  Now, the context and attitudes that someone brings when their using their mobile phone are different from what they would be if they were sitting in front of their computer watching a video, or watching TV in their living room.  The mobile screen is smaller, so the content needs to be more engaging and dynamic (since the competition is higher on a mobile device).  If a user doesn’t like your video app, there are a number of other apps that they can readily switch over to.

1. Dull Performance – Your host has to energize their performance and make it compelling.  They have to be likeable and have charisma.  The usual performance a first-time host gives has a fraction of the energy it should have, and as a result, viewers drop off in the first few seconds.  I suggest hiring a broadcast consultant to help, and this won’t be cheap, but it’s a good investment.  In general, the host’s movements and expressions need to be bigger and more exaggerated to register on a small screen.  I suggest a four-week program of practicing every day with a camera for 45 minutes.  Every week, you send your 2-minute video (for example, your show intro) to your consultant to get feedback and a score.  A lot of beginners will score a 2 out of 10, and after four weeks, they can score a 6, whereas your local news broadcaster likely would score an 8.  The point here is that you don’t want to publish any video in which your host’s performance isn’t at least a 6 out of 10.  If this is taking too much time, it can be more cost-effective to hire an outside professional to host your program.

2. Prompter Stare – A lot of folks don’t blink enough (or at all) when they’re new to a “face the camera” situation, such as when their opening their show with a teleprompter.  Even if they are not using a teleprompter, this is known as ”prompter stare.”  Inexperienced people tend to do it whether they’re reading from a teleprompter, going from memory, or improvising.  This type of thing can takes weeks of practice to overcome (as can other mannerisms).

3. Mannerisms – People do funny things when they are on camera.  They lean too far back when they should lean forward and keep their chin down.  They move their head too much or not enough.  They distract by moving other parts of their body or fidgeting.  All of this needs to be corrected and overcome with coaching and practice.  I’ve done a lot of work to develop myself as a public speaker, show host and have coached a number of executives in these areas.  A few of these tendencies are the same as what you would work on in public speaking, but many of them are different because in this type of video there is much more focus on your upper body and face, as well as the way in which you speak.

4. Reading The Prompter – Reading the teleprompter and sounding natural is a skill that takes years to develop.  To disregard this fact will likely make for a very dull performance, and might be just enough to jinx your program.   A lot of talk show hosts either memorize or ad-lib their introductions.  This is a much more effective approach.  Nearly all of the live fieldwork you see on TV news is either memorized or delivered ad-lib.  In terms of time and career management, it’s a lot easier for a rookie host to memorize and deliver a show intro/outro than to try to work up the skills to use a teleprompter.

5. Letting an Interviewee Talk Too Long – If you ask the average person a question during a conversation, they might give a long answer, and that’s fine because you are fully engaged with the person in front of you.  For a person watching a video program, they’ll quickly become bored with this, so the host/interviewer needs to cut in and keep the conversation interactive.  You should also brief the interviewee in advance to help steer them toward shorter answers.

Make sure the host is getting honest feedback so that they can course-correct.  Everybody will suffer in the long run if the company releases video with problems such as these.   Being a host for a mobile video interview program has higher requirements than other media, but by avoiding these 5 common pitfalls, you will produce better content that will be more engaging on mobile devices.  Putting effort into your marketing in this way can help move you toward your goals: building your brand, building your audience, and building revenue.